Thin blue line or why the polish people are awesome

Thin blue line or why the polish people are awesome

Now this little story took place some few years ago, back when I still worked for a certain multinational company. As their lawyers are quite a twitchy bunch of lovely people let’s call them Evil Inc.

My job at the time was training and looking after a whole bunch of people with aspirations to become engineers, whose main daily grind was maintaining some twenty miles of conveyors and other industrial devices one might find in a warehouse. Honestly, on paper the job was great! I’d get to sit in my chair, surrounded by system monitors and whenever an issue flashed up – dispatch a loyal follower with a commanding wave of my hand, like a fatter plaid-wearing version of Captain Kirk. In practice however there was one teeny-tiny niggle with that setup. Being based in glorious Ol’ England none of my trainees, of course, spoke a lick of English.

Although Evil Inc had required on paper for all employees to speak the language, in reality few to none Englishmen and Englishwomen were interested in working long, hard hours for  the amount that would allow one to just barely afford a McDonalds meal deal after an hour’s labour. As such some ninety percent of our workforce was some type of eastern Polish.  Now, despite being a filthy job-stealing immigrant myself, I’ve never really had time to learn the polish language so communication within the team turned out to be... colourful. But hey! If it wasn’t – this story wouldn’t have happened, so I call this one a win.

This particular incident occurred right around Christmas, as most great stories do. With an influx of new temp hires the lines were absolutely swamped, so I was begrudgingly forced to get off my command chair and man the “front line”, issuing swift commands to the team using an incendiary combination of Russian, Lithuanian and German swearing. To the team’s credit – we were keeping up. The immediate issue at hand was that every time a customer’s order got stuck somewhere and got cleared out by us, it then could only be fed back into the system using a 16-inch long infeed conveyor. That’s singular; as in we only had one. To make this worse it had an overage throughput of 2 packages per minute, so by the end of the first period we had accrued a mountain of some eight hundred orders piled on the floor.
This wouldn’t have been much of a problem if it weren’t for the fact that we did not work on the shop floor, instead all out systems and stations were on a mezzanine made out of metal mesh, suspended some 10 feet above hard concrete. So, you know, tripping on a box would lead to a lot more than an “ow” and involve a whole lot of mopping.

Seeing the inevitability of a loud “kuuurrrwaaa” followed by a splat in my immediate future, I quickly arranged for a big wheeled package container (called a York) to be brought in from shipping, and for my tireless menagerie to start chucking the excess packages into it from above. LeBron James they weren’t, but thankfully only a handful of orders missed the soft cardboard catcher and needed to be replaced. By Jove it was working! Within minutes the floor was cleared out and I was feeling full of smug self satisfaction at having avoided dealing with a polish man-meteor that night.   And as a cherry on top – workers slowly peeled off to their quarterly breaks and the lines started clearing up, easing our workload.

I could practically taste victory.

Parking my overfed arse back in the Kirk-chair I turned to one of my more reliable trainees, (whom we shall call Marcin for the purposes of this story, as his real name would be unpronounceable) and asked him to take the now-filled York back to shipping.
After all Marcin has been there for almost a month, and as a very diligent feller doing a quick 100m run there and back would be no problem for him.

…You see where this is going right?

With a burst of enthusiasm fairly typical of someone who only understands every fifth word but really needs the work, Marcin flew down the ladder grabbed the York and wheeled it away. Now, to paint the scene for ya’ll the operator station is only about fifty meters away from the gate into shipping, and we have bright blue walk lines painted on the floor leading to it. So you will understand why I did not suspect anything awry when Marcin popped back up asking for directions, and I told him to “follow the line”.

Somewhere around the 55 minute mark of Marcin being gone I began to suspect that something wasn’t right. And as Evil Inc’s corporate size was only matched by how cheap they were on basic necessities, we didn’t have enough walkie-talkies so Marcin left without one. As result  I had no idea where he was or what happened, and the clock has just struck an hour of him gone.

Knowing that any minute the Ops manager would come around for his Midnight rounds and question why one of my people is missing I did the only thing I could think of – switched my radio to a secure channel and dialled one of my mates that worked in security. Bob the security guy, as we shall call him, promptly called me a wanker for “somehow losing an entire polish bloke” and told me he’ll look through the CCTV to find out where he went. As soon as he was done laughing, of course.
Roughly twenty minutes went by, Ops came around, was told Marcin is in the toilet, and left; when I finally get a buzz on the secure line from Bob. With the voice and tembre of a constipated narwhal he managed to squeeze out that I need to come to security room. Furious giggling in the background by what I could only assume were his security mates did nothing to alleviate my mood.
Oh well. Cue a 10 minute trek to security room, where I find a gaggle of burly security dudes, gathered up around a monitor and giggling like prepubescent schoolgirls.  Bob waved me over, rewound the video and proceeded to show me the most beautiful thing I’ve seen all year.

“Follow the line”. When I said that to Marcin it completely slipped my mind that right next to the blue footpath line on the floor there was also a green one – leading to the nearest fire exit. And as you might imagine… all green lines across the entire 11-football-stadium-sized building were linked; leading from one fire exit to another. What I witnessed for the next 10 minutes was a sped up video of Marcin heading in the exact opposite direction of shipping, diligently following the green line to his first fire exit, pausing to study it for a few seconds, then shaking his head and heading off further down the line with the precision of a train on rails.  From one exit to another we watched Marcin repeat the same routine 28 times, as he circled the entire building from fire exit to fire exit, stopping to study the door on each one, as if contemplating if it was going to Narnia him straight to shipping.

Eventually he finally circled his way all the way around, ending just 50 meters away from where he started…finally in shipping. By which point he evidently cussed out his polish friend that came to take the York away, threw his hands up in frustration and went on his lunch. We didn’t get audio on CCTV but it wasn’t really necessary, his expression alone was enough to floor everyone in the room. We didn’t stop laughing for at least five minutes.

Now, I do not rightly know what his reasoning was or what excuses he made after security showed the tapes to his manager, as I never got the chance to ask. Marcin never returned upstairs, and from what we heard – he quit Evil Inc just two weeks later. Now while time would show that being a smart move on his part, as he undoubtedly found a much happier place of employment than that den of evil, it did not preclude our entire team from having a hearty laugh about this for the following few months. And for the rest of my professional career at Evil Inc and beyond, this still remains one of my favourite stories to tell my students – a real life example of why it’s important to work smarter, not harder. 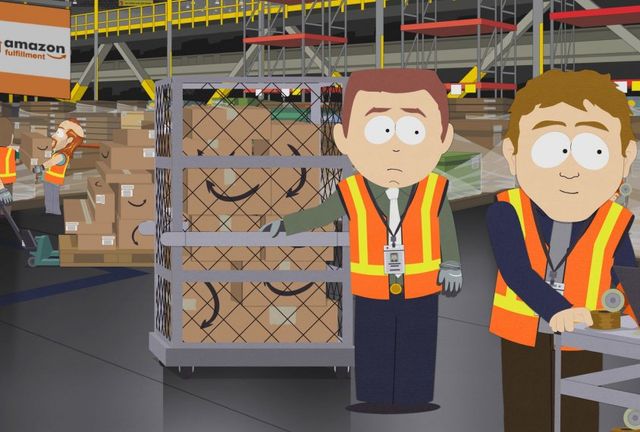 xMagiciansBlade wrote:Welcome, just be careful around Creeper...he has a tendency to mind fuck people, according to him "it's the greatest pleasure hole in existence"

Read my blog for short stories and general awesomeness!
>>>>>A Handful Of Sarcasm <<<<<

Thin blue line or why the polish people are awesome :: Comments

Permissions in this forum:
You cannot reply to topics in this forum
Search
Top posters
Who is online?
In total there is 1 user online :: 0 Registered, 0 Hidden and 1 Guest

» Thin blue line or why the polish people are awesome

» Schadenfreude or why my generation generally fails.

» naruto is the new bleach